I’m sure much can be said and written about someone who has two Landrover Defenders, and I’ve had a good chuckle at the usual Landy jokes that frequently come my way!

But after my Defender 130 Twin Cab, ‘The Landy’, was overhauled and configured for long-range remote touring in 2006 my attention turned to another project. I was actually in need of a vehicle to drive to work, so I decided, much to the consternation of Mrs. Landy, to buy a Defender 110 in need of work, but adequate for the job until I got around to it.

In 2007 I settled on a 1994 Defender 200 TDi that was in reasonable working order, and over a period of time simply drove it to find out what needed to be done and what I wanted to do with it. This was the three door Panel Van style Defender, as distinct from the usual five door Station Wagon format; it had three seats in the front and not one piece of computer controlled equipment!

The rear is cavernous and consequently Red Rover spent many weekends over the past four years transporting garden rubbish to the local refuse point, an important fallback point for both vehicle and myself when the time came to discuss finances for the overhaul…

Now Mrs. Landy quite enjoys driving ‘The Landy’ and does so frequently, however when it came to ‘Red Rover’ she suggested that driving a tank would be easier and would save having to do strength-training just to enable her to depress the clutch, or wearing ear muffs to stave off the early onset of deafness. I was tempted to point out the onset of deafness had indeed commenced as whenever we discussed ‘the overhaul’ it appeared to fall on deaf-ears, however not being one to push my luck I settled on highlighting an overhaul would fix all those issues…

Fast-forwarding to 2011, the time had come to ‘update’ Red Rover and after giving it much thought and putting aside many of the ‘ideas’ I had for it, I settled on keeping it as original as practical. So it was off to Bruce Davis Performance Landy’s, Sydney, for a complete ‘going-over’ and check-up.

As with ‘The Landy’ the brief was simple, ‘Red Rover’ had to be at a standard that you would be happy to take to any of the remote areas in Australia, with confidence…

The running gear and drive-line was overhauled, new Tough-Dog shock absorbers and maxi-drive axles were fitted to replace the standard issue. All hoses were replaced, the radiator overhauled, a Safari Snorkel and front bash-plate added and two new seats to replace the ones that were falling apart. The centre seat was not replaced.

The engine was in good condition, and apart from fitting a new head-gasket late in 2010, little else has been done to it despite having over 330,000 kilometres on it today.

After getting the mechanical ‘nod’ of approval it was off for the cosmetic work, which included a respray, new door seals so I no longer need to wear wet weather gear when driving in the rain, and an interior make-over supervised by Norm from the Department of Interior, Sydney.

For those not familiar with this model Defender the only trim it came with was a hood lining in the front seating compartment, other than that it was very ‘rural’. The middle seat has been replaced by a custom made console that also houses a GME 4400 TXUHF Radio, and an across the windscreen shelf roof console inserted along with map reading lights.

The rear was kept very simple; a floor put in across the wheel arches, with an under floor access section fashioned into it at the front. This was done to provide ease of access due to the depth of the rear area and the whole panel has been covered in marine carpet. The roof has also been lined providing some much needed insulation in winter.

A near new set of Cooper ATRs were fitted along with TPMS tyre pressure monitors. We have trialled the TPMS monitors on ‘The Landy’ for some time and are very happy with the product. And it even got a new set of LED taillights.

It has been pleasing to take the vehicle from its previous condition to something that presents well, and is capable of doing any tracks or touring we might throw at it (Anne Beadell 2012?). And I did suggest to Mrs. Landy that it could play ‘wingman’ to our Defender 130 (The Landy) on our trip to the Gulf Savannah that commences in late June. However, whilst casting an eye of approval over the final result, she did quip that whilst it no longer sounds or rides like you’re in a tank she thought it best to leave it at home, and with a wink quickly added it was far too early to expose it to the risk of getting a ‘scratch’…….

You can’t miss it on the road, fire-engine Red so be sure to give it the ‘Landy Wave’ if you’re passing!

I have been driven by a quote from the legendary mountaineer, Walt Unsworth, who said in part, “But there are men for whom the unattainable has a special attraction. Usually they are not experts: their ambitions and fantasies are strong enough to brush aside the doubts which more cautious men might have. Determination and faith are their strongest weapons. At best such men are regarded as eccentric; at worst, mad…”

I have been discussing high altitude climbing with a number of people and organisations over the past twelve months and have been encouraged by the support and enthusiasm shown by all. I have been working specifically with Adventure Consultants in New Zealand, a company founded by Rob Hall, very professional and they have provided some great advice and insight to what is required, both mentally and physically.

I will be climbing in New Zealand in early and mid-2013, and in Nepal towards the end of 2013 on three, 6,000 metre peaks to assist in honing my skills. If all goes to plan I am aiming to join an expedition to climb Cho Oyu, situated in Tibet, in 2014. Cho Oyu is the world’s sixth highest peak, and one of the world’s fourteen 8,000 metre peaks. In between I may head to Alaska to climb Mt McKinley, often referred to as Denali for further experience.

And beyond this, well who knows, if I can pull that off, and it is a big ‘if’ mind you, than Mt Everest would be a possibility. And the goal I have set myself is to achieve the skills and fitness required where those with the ability to judge can say you would be a chance at giving that a go! And I’ve always said better to dream big, than not at all. That is the road-map, but journey’s often end at a totally different destination to the one you plan…

But putting aside the skills required, fitness plays a key role in this pursuit, and fortunately the type of training I undertake, which includes a strong emphasis on strength and weight training, combined with High Intensity Cardio (HIT) work, which comes from my rowing, fits perfectly like a glove. Over the past few months I have been doing a lot of endurance walking with a 30/35 kg pack, great training for those who care to give it a go. In fact I completed a 100 kilometre walk a couple of weeks ago, and there will be a few more of those coming up, in part, to simulate long-tiring days as many summit attempts involve 15-20 plus hour days.

Over the months ahead I will be back on the bike as it is a good cardiovascular builder. In fact, I have been reading about an Australian couple who both successfully climbed Mt Everest in 2007 and who took up competition cycling as a way of increasing their cardio-vascular capacity.

For me this is a journey, and it can only be made one step at a time, and the best advice I have been given is to enjoy every step, and let it take you where it wants to go! And whilst I am a big believer in the power of positive thinking, and goal setting, I am tempered by this advice, and it is a healthy life-style choice as it requires plenty of exercise, positive mental attitude and good nutrition, which can’t be a bad thing!

Oh, and Janet, my very supportive partner, said recently, ‘just as well money in the bank account isn’t too important to me’ – I kind of took that as a green light, but I’m yet to tell her how much my boots cost! 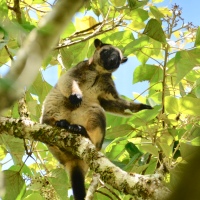 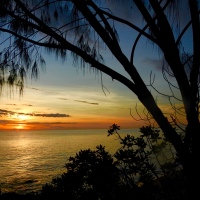 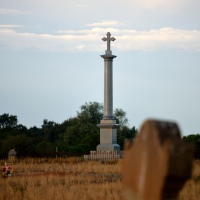