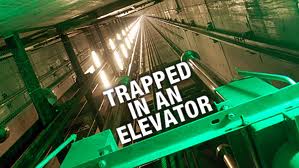 Claustrophobia is something many people suffer, the thought of being stuck in a confined space invoking fear and a cold sweat…

Now, I’ll say upfront that fortunately I don’t seem to suffer from this affliction, but it was put to the test only a day or so ago.

It was like any other work day, normal in fact, nothing untoward happening in the world to affect currency markets, in all reality it was shaping up as a rather boring day. So mid-morning I decided to pop down to the café located in the foyer area of the building I work in to get my toast and vegemite fix for the day.

The bread was perfectly toasted and it had just the right amount of vegemite spread evenly over its golden brown surface, I couldn’t wait to get back to my trading position with my little brown bag containing this little slice of heavenly delight.

I headed back through the turnstiles and toward the lift that provides access to our financial markets dealing room.

The doors opened, I stepped inside and swiped my pass, pressed level two, all mindlessly of course, after all, I’ve done it a thousand times, right?

Strewth, there was this realisation that nothing was going on, the lift wasn’t moving.  I swiped my pass again, pressed the button and gave it no more thought, but the lift was not responding.

Geez, talk about being just a little annoyed, my toast was going cold and soggy…

I don’t usually wear a watch, so time appeared to be suspended and moving at half-pace as I pressed the little button marked with a telephone.

Actually, I’d often pondered pressing that little button on many a lift ride, just to see who answered it.

Well stone the crows, it was a very pleasant sounding young lady, yes a real person, who asked where I was.

Geez, it doesn’t work that way it seems, but she promised to get back to me very shortly to let me know what was going on – good, I thought, I’m not going anywhere!

So, I had a little picnic, of sorts, and devoured my toast like a man possessed.

“Hello, are you still there?”

I looked around in case someone had planted one of those candid camera things, nope, no camera.

“Yes I’m still here, I did think about popping out for a breath of fresh air, but thought I’d better wait for your call”… I replied.

I’m sure she’d heard all the gags before, but I thought it might be just the thing to break the ice in our developing relationship.

“Our engineer is on his way and should be there in about 15 minutes.”

And thinking that I hope he is running, because that litre of water I drank about 30 minutes ago was filling my bladder faster than a couple of schooners of beer on a Friday night!

Strewth, my mind was racing now. What if it takes him 30 minutes, would it be acceptable for me to pee my pants?

I mean, people would understand, surely?

You know, once they understood my predicament they’d cut me some slack, NOT!

Hell, I’d be the laughing stock on the trading floor forever…

I could just see it, every time I was spotted heading towards a lift the call would go out…

They say men have weak bladders, and women are much better at holding it in…

Oh my gawd, to be a woman right now, I thought!

“Sir, can you hear me? Are you still there?”

I was just flipping out over a bladder problem, and wishing I was a woman I mused to myself…

Hallelujah, I thought, I won’t need to pee in my pants after all.

“Is there anything I can get you?”

I had to stop and think about that one for a second or two.

She did ask is there anything she can get me, didn’t she?

I mean, what was I supposed to say?

Hell yeah…“could I get a Big Mac with a side of fries and a coke to go while I wait?”

It was one of those moments when you think to yourself, nah, I didn’t really hear that, surely!

Anyway, the doors opened, and I bolted out of that lift faster than Usain Bolt comes out his blocks…

And was that toast and vegemite worth it – you bet it was!

Just for a change we aren’t heading to the mountains to climb this weekend, but we are packing “The Landy” and heading for some camping. In the mountains, of course…

It is hard not to like the mountains at this time of year, well, at anytime for that matter, but there is something very renewing about being Out and About in Spring.

Okay, “The Landy” does have ropes stored inside it, just in case…

Our destination is Turon Gates, situated not too far from the Mudgee wine producing region. An area that also has a history steeped in gold mining.

There is a creek running through the property and as it is coming into yabbie season we are hoping to get a feast of these sweet crustaceans’ to eat. TomO, our son, is good at catching them, and I’m not too bad myself. 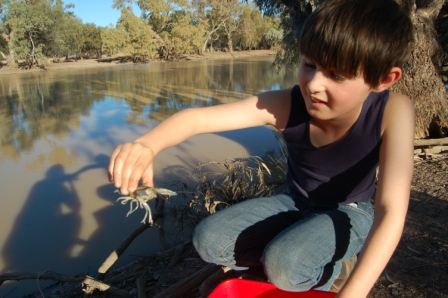 Although Janet, my wonderful partner, has  suggested she packs a leg of lamb that can be cooked up in the camp oven, just in case the boys’ fail to catch any there aren’t any around, and of course an adequate supply of the staple food of every Australian, a jar of Vegemite.

Now I know some of you are saying we’re a weird bunch for liking this savoury delight made from left-over brewers’ yeast.

But strewth, I could give you a hundred reasons why we are weird, but eating vegemite isn’t one of them…

Besides, you wouldn’t be a ridgy-didge Aussie if you didn’t smear your hot buttered toast with this delightful tar looking substance for brekkie each day.

And we’re not unique in having our own special breakfast…

I mean, it’s a bit like our good American friends and their door-nuts and cor-fee donuts and coffee, or the Poms and those bloody smelly kippers they throw down for brekkie, (no wonder they’ve got a chip on their shoulder) or for that matter, the Germans and their half-dozen steins of whatever beer they can get their hands-on.

Come to think of it, the way the Germans’ drink beer you’d think they be all over something that is made from brewers’ yeast…evidently not.

Seemingly, the good people at Kraft are yet to make an alcoholic version of vegemite (note to self).

Strike-a-light, if they did make an alcoholic version, the cops, never to miss an opportunity, would be down at the local child-care centre breath-testing any kid riding a tricycle. It’d be like a turkey shoot…couldn’t miss.

After all, every Australian kid grows up on vegemite; no wonder we’re such a rugged, sturdy bunch.

As an aside, research suggests that smearing vegemite on your face before going to bed does wonders for the complexion.

Granted, I did read that on the inside of a beer bottle top…but still, sounds plausible!

I mean, I read somewhere else, might have been an old copy of News of the World, that some people cake their faces in mud, and lie back with a couple of slices of cucumber covering their eyes. Pretty sure that isn’t happening in Australia, otherwise it would have shown up on that “weird list”.

But given I can be a little bit naughty am a research freak, the one time I smeared it onto Janet, she thought I was getting all weird in the struggling paddock.

You know, the bedroom!

Truly, I thought I’d try my luck wasn’t getting weird, and rest assured after I got the black yeast onto the new satin pillow cases there was no chance of that happening anyway…

Crikey, she was fuming.

“Fair crack of the whip” she screamed…

“Why did you go wasting the vegemite like that” …still yelling at me!

Anyway, I’ve sort of digressed a little bit and can’t even remember the point of this yarn I was spinning telling you…

So let’s just finish it off on this note, when in Rome, do as the Roman’s do.

When you foreign tourists that keep turning up, ringing our doorbell down in the customs hall of Sydney International Airport with the voracity of an Avon woman on uppers, get with the program, get adventurous, and get some of our vegemite into ya!

And don’t you worry, we’ll be sure to return the courtesy, especially when we visit Germany!

Good weekend to all…. 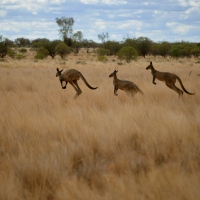