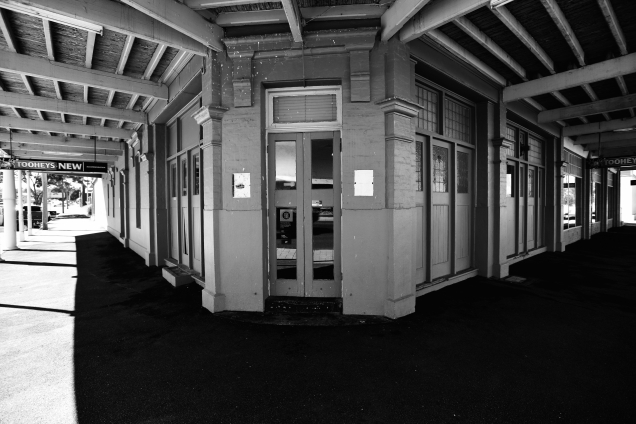 The gathered crowd were anxious to witness a remarkable feat by a man and his whip and with little effort it coiled down the road accompanied by the sound of a thunderous clap.

Mind you, this was no ordinary whip, and no ordinary man who gripped its handle firmly. This is a whip measuring 66 feet in length, and weighing in at 17-kilograms.

Richard had done this a thousand times before and it made my attempt to crack a whip a fraction of its size rather feeble indeed.

The small township of Murringo, situated in the Central-West of New South Wales, was abuzz, and it was almost a carnival atmosphere as people travelled from both nearby, and further afield, to celebrate the opening of the 150 year old Hancock’s Store with owners Richard and Leah Taubman.

The sign above the small, but quaint, building proudly announced “Taubman & Webb, Trading Post – A Tribute Centre to Richard Taubman and the Late Syd Bayliss”.

The Webb part of Taubman and Webb, referring to Craig Webb, a best mate and earlier partner of Richard in a leather making business.

But the store, lovingly restored by Leah and a close family friend, Paul, over a period of two-years and supported wholeheartedly by the local community, is more than just a Trading Store, equally, it is a fine tribute to a true man of the Australian Bush, Syd Bayliss.

Syd’s story is one of a boy who served his country in the First World War after enlisting in the army at the young age of fifteen.  It is a story of his passion for the timeless craft of leather plaiting, and one of a man travelling our wonderful country in search of work, of the hardships he endured, and the laughs he shared with those fortunate to meet him.

Syd was no ordinary man…

Mind you, Syd was born into a time in Australia’s past when it was hard to find any ordinary man or woman.

At 13-years of age a young Richard Taubman became entranced by Syd’s story and willingly sought him out, encouraged by his parents to learn the craft that this man of the bush had perfected so beautifully. 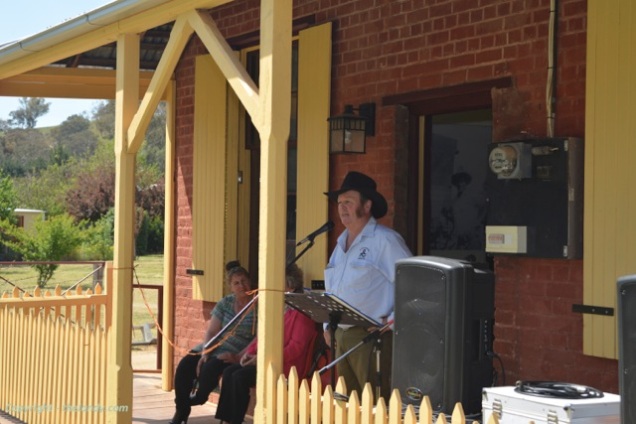 Despite the large age difference, Syd took Richard under his wing, becoming a mentor, and more importantly, a lifelong friend; a friendship that spanned the decades until his death in 1983.

Richard has dedicated a large part of his life to ensuring we don’t forget Syd and the men and women like him who forged a path, a tortuous one at times, for future generations of young Australians.

He has written a self-published book about Syd titled “One of The last” and ensured the story of his life is preserved for all in the Stockman’s Hall of Fame at Longreach, in Queensland.

On learning the old Hancock’s Store was for sale, Leah jumped at the opportunity to acquire it and Sunday’s grand opening was the culmination of her vision of restoring it to its former glory. It now stands proudly as a living tribute to the store that Syd owned in the town of Tumut, a tannery and saddlery store named The Valley of the Whites Trading Post, a tribute that Richard has long dreamed of doing.

And rest assured Leah has renovated Hancock’s Store true to its original form.

But it wasn’t all hard work, as Heather, the owner of the Ploughman’s Inn situated next door and now used by her as a private residence attested in a wonderful speech that she gave on behalf of the local community.  She fondly recalled how the sound of country and western music serenaded her as tea and scones were served for morning tea on the verandah of the store as the restoration progressed. 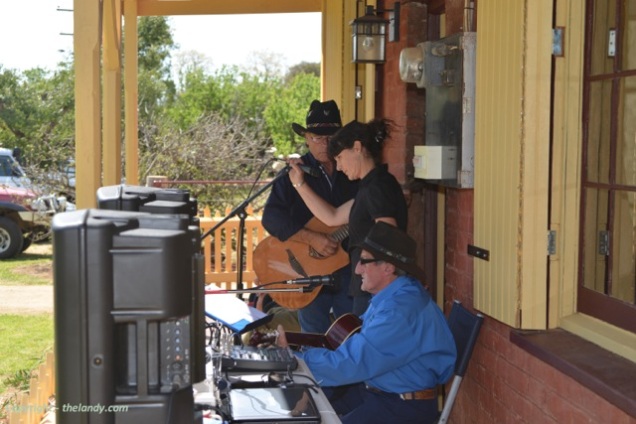 Country and western music was a feature of the day with Syd’s brother-in-law, David, penning and singing a song as his own tribute to Richard.

And a highlight was witnessing Joy McKean, the wife of the late and great Slim Dusty, doing the official honour of cutting a ribbon to officially open Hancock’s Store after giving a wonderful account of her and Slim’s first meeting with Richard, and of her own childhood days of growing up, in the Australian bush.

Joy spoke about how both she and Slim where enthralled all those years ago by the passion that this young man and roustabout, Richard, held for the Australian way of life, our culture, our heritage. Something Slim and Joy wrote and sang about together to generations of Australians prior to Slim’s passing in 2003.

All Australian’s owe a great debt of gratitude to Leah for having the vision, the patience and the perseverance to bring Hancock’s Store back to its former glory. Too often we see buildings like Hancock’s Store slipping into decay in our rural towns, in our own communities, and I swear that as I walked through the store I could hear the echo of voices long gone whispering their thanks to Leah…

And I am certain that when Slim penned the song “We’ve done us proud” that he had men just like Richard, a big bloke, with a big heart, and a hat and whip just as big to match, at the forefront of his mind. 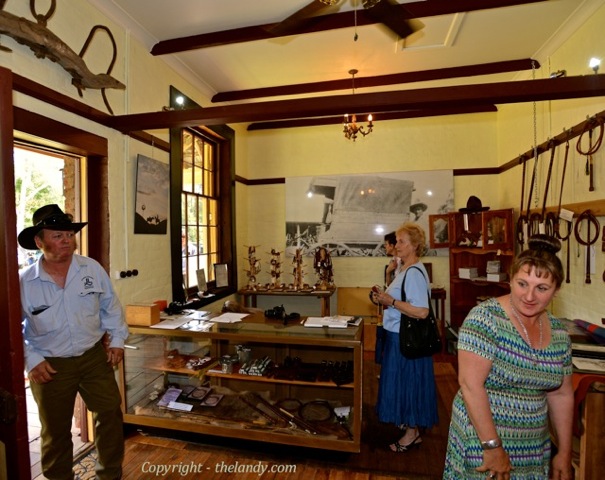 On the drive home to Sydney, back to the big smoke, I quietly reflected that for as long as we have people like Richard and Leah, visionaries with a love of the Australian Bush and of the people who have made Australia what it is today, there is little risk that  our “Old Bushmen will ever die”.