One way I keep fit and healthy is through rowing, something I do up in “The Shed” on my Concept2 rowing machine  most days.

Mind you, I would much rather be out on the water in one of my kayaks, which is a regular feature of our weekend when we aren’t Out and About in the mountains, but time constraints can make this more difficult during the week.

And whilst it is a solitary pursuit in the predawn darkness up in the shed, I’m never alone when I row thanks to my fellow team-mates in our virtual rowing team.

I belong to a global team of about 80 rowers, a great bunch of people mostly based in North America and we go by the name of The Lun-atics…

The team was set up many years ago by a group of NASA employees with the intention of collectively rowing to the moon and back. Yes that’s right something like 384,000 kilometres, or as those in the rowing community tend to express distance in metres, a whopping 384 billion metres.

Crikey, let’s just settle on – it’s a long way there and back.

Well that is something we achieved in 2011 and we are now on the return voyage back to earth!

As a matter of interest, over the past four years I have covered the equivalent distance from Sydney to New York on my rowing machine, some 16,000 kilometres of rowing!

Anyway, a couple of days ago I was having a chat with one of my rowing mates and it got around to best times rowed, typically over 10,000 metres, a distance I train for. The 10,000 metre distance requires a good balance between speed and endurance and my best time is just under 38 minutes.

Our inclination as mere human beings is to want to compare ourselves, to see how we shape up against our peers.  It might be in the gym, comparing how much you can lift versus someone else, or how fast you can cover 50 metres in the pool.

But I always question, is this the right comparison to make?

Sure, if you’re in a competition, where time taken or weight lifted, determines who wins the gong and who goes home empty handed, it is important. But for those of us who exercise mostly for health and fitness it is almost pointless, and might even be demotivating.

There will always be someone doing more, or going faster, depending on where you are and who you are with.

The true comparison is at what level you are pushing yourself and this might be measured by what zone you are training in determined by your heart-rate, or how much you are lifting versus your one-repetition maximum.

If you are training to the maximum of your ability, it doesn’t matter how fast, or how much, you are as equal to anyone else doing the same.

Life is much the same, it doesn’t matter what you are doing that counts as much as whether you are getting satisfaction and happiness from it.

Strewth, my sister does quilting, and at the risk of upsetting all those quilters out there, all three of them, I don’t get it myself, but then she doesn’t quite understand the need for me to stand on top of big mountains. She’s not the only one mind you!

That is what truly counts, it isn’t the what, or how much – unless of course you’re going for gold, but that’s another story altogether – those Quilters’ are a competitive bunch! 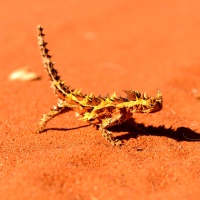